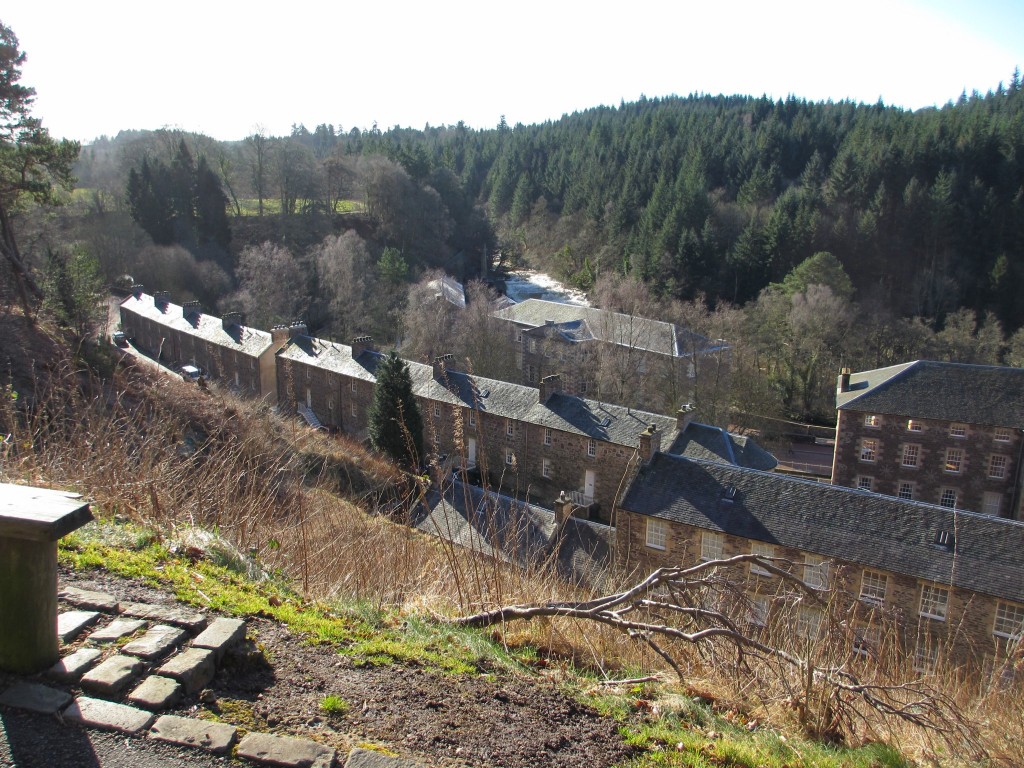 New Lanark Mill comprises a small 18th-century village some 40 km southeast of Glasgow, Scotland. The mill was founded in 1786 by David Dale who, with Robert Owen, created a Utopian vision of a society without crime, poverty or misery. Originally spinning cotton, the mills were powered by water-wheels and operated from 1786 to 1968. By 1799 New Lanark was the biggest cotton mill in Scotland and formed one of the largest industrial groups in the world. Over 2,000 people lived or worked in the village. The mill continued manufacturing cotton for nearly 200 years, until 1968.

The name of New Lanark is synonymous with that of Robert Owen. His social philosophy in matters such as progressive education, factory reform, humane working practices, international cooperation, and garden cities, was to have a profound influence on social developments throughout the 19th century and beyond and this is one of the reasons that it is a UNESCO World Heritage site- one of only five in Scotland.

The mill was restored and reopened as a wool spinning mill and now spins all of our fleece. Having our fleece spun in Scotland means that we are reducing the carbon footprint as far as we are able, as well as being able to support this wonderful World Heritage Site.

You can visit New Lanark site at; www.newlanark.org